Looking for advice on the best albums from the greatest artists in jazz, artists like Fats Waller, Dinah Washington, Ben Webster, Cassandra Wilson, Lester Young, David S. Ware and more? You came to the right place. The very best ballads and swingers from the quintessential jazz singer, one of the great voices of the 20th century. 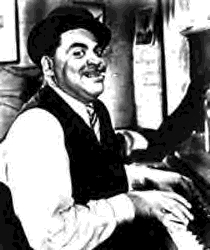 Waller compositions like "Ain't Misbehavin'" and "Honeysuckle Rose" are among the most popular songs in American music. This excellent CD release collects such tunes as recorded by the master showman himself. One of the most powerful saxophonists alive, or ever, Ware's a giant, a monster, he's Godzilla with brass. While he generally plays "out" or "free" jazz, this album is both accessible and soulful, and includes the Quartet's dramatic interpretation of "The Way We Were"! Features the brilliant pianist, Matthew Shipp. Critic Will Friedwald writes: "Washington, blessed with a searing, intense sound, an infectious swing, and a gift for the improvisational elements at the heart of jazz, was the finest of all blues artists, perhaps even including Bessie Smith and Robert Johnson." Another fine installment of the Verve Jazz Masters series, presenting the finest artists of this historic jazz label.

King of the Tenors
(Uni/Verve)

Just try to find a more romantic sound than Webster's breathy tenor saxophone. Of course, he could also swing ferociously, and this album displays both sides. A soulful and ground-breaking album from one of the brightest lights on the scene, including Wilson's stunning take on U2's "Love Is Blindness" and the magnificent original "Solomon Sang." 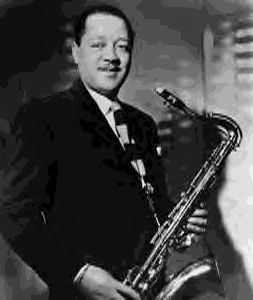 Bird [Charlie Parker] loved Lester. Anytime that Basie was doing a broadcast or anything, he would always say, "Man, Basie'll be on at such and such time. What time are we gonna take intermission?" -- make that hint for me so we'd take intermission so he could rush out and hear him.
Jay McShann

Dubbed "The President" or "Prez" by Billie Holiday, tenor saxophonist Young made his mark in the phenomenal Basie band of the '30s. His cool tone and harmonic inventiveness made him an overwhelming influence on a certain Charles Parker. He remains unmatched for the elegance of his tone and the soulfulness of his melodies. This disc collects the best recordings from his prime. Also see Count Basie. 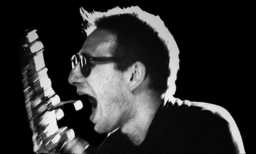 This "downtown supergroup" of alto saxophonist Zorn, guitarist Bill Frisell, keyboardist Wayne Horvitz, Fred Frith on bass, and Joey Baron on drums produced some of the most quirky, eclectic music of the '80s, a frenetic and unpredictable collage of jazz, rock, pop, surf, hardcore punk, Italian film music, and probably about a dozen other genres as well. The All Music Guide writes that Naked City is "Zorn's most intriguing, nicely conceived and executed date, with sparkling solos by Frisell, Horvitz and Baron."