Looking for advice on the best albums from the greatest artists in jazz, artists like Art Tatum, Cecil Taylor, Clark Terry, McCoy Tyner, Mel Torme, Toots Thielemanns and more? You came to the right place.

We went into a bar and I started bothering that piano. That was just asking for trouble. Because somebody went out and found Art. That was his hangout. He was just off somewhere waiting for somebody dumb enough to come in there and start messing with that piano, somebody like Basie in there showing off because there were a couple of good-looking girls in there. I didn't have any idea I was on his stomping ground. "I could have told you," one of the girls at the bar said. "Why didn't you, baby? Why didn't you?"
Count Basie 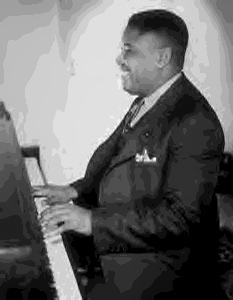 I still think Art Tatum was ahead of us all.
Dizzy Gillespie

If it hadn't been for Art Tatum, modern jazz never would have happened.
Jimmy Rowles

I wish I could play like Tatum's right hand.
Charlie Parker

When Art Tatum played the piano, people said, "God is in the house." When Tatum sat in on his frequent jam sessions, he made every single pianist in the room play first -- because he wanted to hear them all, and nobody would play after him. This CD presents one of the greatest virtuosos in all of jazz, and it'll turn your head around.

You will want this entire mind-bending jam-packed 7-CD box set -- maybe not today, maybe not tomorrow, but soon and for the rest of your life. 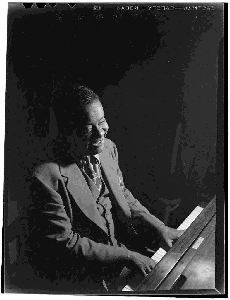 Hold on to your hat, Chester, because we're just getting started! This unbelievable set features the most prized recordings from early in Tatum's career. Translation: MUST-HAVE. Many of Tatum's closest friends swore that to hear the pianist at his very best, you had to hear him play for his friends, after hour, when lights were low. This double set of privately recorded improvisations caused a sensation when first collected on CD a few years ago, and for good reason. That man had the most phenomenal musical gifts I've ever heard.
He was miraculous. It's like someone hitting a home run every time
he picks up a bat.
Teddy Wilson

This 6-CD set captures all of the enormous all-star sessions recorded for Pablo. When he first appeared, The New Yorker wrote that Taylor could have "the same revolutionary impact upon jazz as Charlie Parker." The Smithsonian's Martin Williams called him "almost an avant-garde by himself". Unbound by conventional rhythms and harmonies, Cecil's groups achieve an uncanny unity of composition and improvisation, especially well documented here. St. Louis-born trumpeter/fluegelhornist Clark Terry is a treasure, elegant yet earthy, soulful but witty, whose resume includes influential stays with Basie and Ellington, and also known for his massively entertaining "Mumbles" routines. This album's got it all -- fine horn playing, the classic "Mumbles," and a great jazz version of the Flintstones theme! The definitive album by a master, and an excellent gift for trumpet lovers. Thielemans assembled an all-star cast for this classic album of Brazilian jazz, including Milton Nascimento, Luis Bonfa, Dori Caymmi, Gilberto Gil, Oscar Castro-Neves and Eliane Elias. You will believe a harmonica can swing. Torme had it all -- the voice, the taste, the heart, the swing, you name it. Many consider this his all-time best album, with arranger/conductor Marty Paich. As far as the "birth of the cool" is concerned, I think Lennie Tristano is much more responsible than the Miles dates [later issued as Birth of the Cool].
Gerry Mulligan

Not only was pianist Tristano a seminal figure in cool jazz, but his landmark 1949 group improvisations "Intuition" and "Digression" (included here) prefigure the avant-garde of the Sixties. This CD (featuring Lee Konitz) actually couples the historic Tristano Capitol sessions with a second album by Tristano collaborator and highly underrated saxophonist Warne Marsh, plus bonus tracks. Tyner may be best known as "Coltrane's piano player", but that hasn't stopped him from forging a distinctive solo career, broadening the horizons of jazz with Asian and African influences. This is one of his best.