Milt Jackson and the MJQ embodied excellence and sophistication in jazz for nearly half a century. This live recording includes standards "Django," "Pyramid" and "Bags' Groove." Pianist John Lewis said of this album, "In my opinion, never before or since has the Modern Jazz Quartet played better." When Jarrett sits down at the piano, you never know where his imagination will lead him, only that grace and lyricism will follow. This album, a non-stop tour of Jarrett's heart and soul, put both the artist and the ECM label on the map. The New York Times wrote of Jarrett's 1995 Blue Note concerts, "Every note sounds like a discovery." This CD preserves the freshness and brilliance of this group, as they invigorate a set of jazz standards. The creme de la creme of jazz and Brazilian music perform the best of Jobim, with the composer occasionally joining in. Featuring Sarah Vaughan, Stan Getz, Astrud Gilberto, Elis Regina, and many others. Includes "The Girl from Ipanema" and many other favorites. One of the most original and important figures in jazz history, stride piano legend Johnson was a master performer and composer. Here he performs a program spanning the history of ragtime, stride and early jazz, plus some of his own rarely heard concert works. 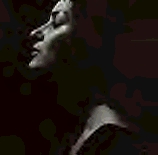 Concerning this alumnus of Charlie Parker, George Russell and Carla Bley's bands, the Rolling Stone Jazz Record Guide writes, "Sheila Jordan is, historically and emotionally, one of the finest jazz singers extant." They also gave her first album Portrait of Sheila a five-star rating. It remains her definitve album, as well as her best to date. Includes her classic version of "Baltimore Oriole." This beguiling set is probably my personal favorite of Lee's, combining a swinging jazz setting and some of the most intimate vocals of her recording career. A singer in the tradition of Billie Holiday, Abbey touches the heart and rocks the soul. Critic Will Friedwald, author of Jazz Singing, ranks this album as one of the 16 greatest vocal jazz records of all time, and it deserves the honor. Includes "Afro Blue" and "Come Sunday."