In his lifetime, Chet Baker's image often obscured the beauty of his music. Now perhaps we can reevaluate his recordings as they deserve. Baker's youthful romanticism is captured in this breezy collection of standards. Oh, yes -- he plays the trumpet a little, too. Even Chet's biggest fans may be surprised by this extraordinary concert recording from the tail end of his career. 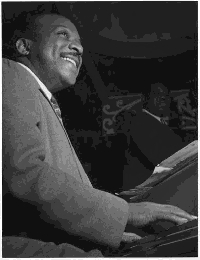 The Best of Early Basie
(Uni/GRP)

This CD contains some of the most exciting and influential jazz of all time, featuring Lester Young, Harry "Sweets" Edison, Buck Clayton, Jimmy Rushing, Helen Humes, Freddie Green and Jo Jones. Basie & Co. may not have invented the concept of swing, but on these classic recordings they certainly helped perfect it. This was Basie's incredible Fifties band, featuring explosive arrangements by Neal Hefti, and the title says it all: atomic power means Basie power. One of the all-time great big band albums, featuring the smash hit title track. Roll up the rug and crank up the volume! Jazz historian Phil Schaap calls New Orleans' Sidney Bechet one of the three most influential improvisers in jazz (the other two being Louis and Bix). The Rolling Stone Jazz Record Guide calls him "one of jazz's true originators." Duke Ellington called him "the foundation, the greatest of all the originators. Everything he played in his whole life was completely original." Here are some of the greatest cuts from the king of the soprano sax. 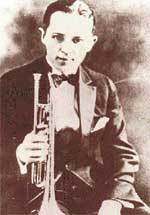 One of the most influential musicians in jazz next to Louis Armstrong, Bix's way with a cornet (a trumpet-like horn) is credited with starting the entire "cool" jazz movement. Historian Phil Schaap also credits him with inventing the jazz ballad, reconciling the "sweet" and "hot" elements of the music. Dead at 28, his legacy is preserved in this excellent collection. What's he doing in here? Why, only a grouch would deny that Tony's one of the best friends jazz has ever had. This album captures him in peak form, mixing vintage standards with his greatest hits, plus guest appearances from K. D. Lang and Elvis Costello. This album was a real departure for Bennett, spotlighting his voice alone with Bill Evans' sensitive piano accompaniment. Many jazz fans will name this as the album that made them realize that Tony Bennett was hardly your average pop singer. For reasons having more to do with marketing than music, many fans don't even know that Bennett and Evans recorded a follow-up to their classic Fantasy album. And what singer but Bennett would have Evans open the album with a piano solo? Now that's class. This set is a spectacular collection spanning five decades, with all of Tony's best-loved classics. Tracks like "Boulevard of Broken Dreams" and "Blue Velvet" may not be jazz in the eyes of many, but few have blended elements of jazz and pop as seamlessly as Bennett.

Art Blakey and the Jazz Messengers Art Blakey! Not merely one of the greatest drummers in jazz, but one of the music's supreme bandleaders, his Jazz Messengers were a virtual Who's Who of up-and-coming jazz talent for three decades, introducing such notables as Horace Silver, Clifford Brown and Wynton Marsalis. This explosive collection highlights his peak years, with Wayne Shorter and Lee Morgan.

Art Blakey was such a tireless advocate of jazz that someone made up this story about him:

Art was driving to an out-of-town job and passed through a village where traffic was completely tied up because of a funeral procession. Since he couldn't get past the cemetery until the service was over, he got out and listened to the eulogy. The minister spoke at length about the virtues of the deceased, and then asked if anyone had anything else to add. After a silence during which nobody spoke up, Art said, "If nobody has anything to say about the deceased, I'd like to say a few words about jazz!" Trumpet legend Clifford Brown and composer-drummer Max Roach co-led one of the most exciting groups of the Fifties. This album is their best, introducing a number of soon-to-be standards to the jazz world, including "Daahoud" and "Joy Spring." Brown was one of jazz's most tragic losses, dead from a traffic accident at 25. This romantic set is one of his most lyrical and popular albums. Brubeck's undisputed masterpiece, Time Out is a blend of exotic rhythms and tuneful improvisation, with Paul Desmond on alto saxophone.